Organic and Inorganic chemistry lay the foundations of many other disciplines of chemistry. The former is the chemistry that mainly deals with compounds containing carbon as one of the main constituents. The latter on the other hand is the part of chemistry that mainly focuses upon compounds that lack carbon. However, there are many exceptions in the classification. For example, a compound formed in plants named oxalic acid( H2C2O4) is generally considered an organic acid, but it does not contain any C-H bond. 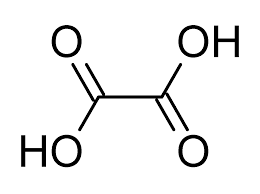 The two fields are not entirely distinct because there is a lot of overlap in the two branches. This overlap can be best seen in organometallic compounds. These compounds include an organic structure but comprise of metals. But, it still makes it important for us to know what the difference between them is and which among the two has more important applications in chemistry. If you are here to quench your curiosity on the above mentioned topics, then you have landed on the right page.

Read more: What is advantage and disadvantage of online and offline classes?

Organic chemistry is the chemistry that deals mainly with the structure, properties and reactions of hydrocarbons ie. compounds which contain carbon-hydrogen or carbon-carbon covalent bonds. The range of chemicals studied under this discipline are not limited to hydrocarbons. Compounds based on carbon that also contain other elements, especially elements like oxygen, nitrogen, sulphur, phosphorus and halogens are all studied under this discipline. Also, diamond, graphite, fullerenes, and carbon nanotubes- which are allotropes of pure carbon are also excluded from the category of organic compounds because they are simple substances made up of just a single element. So, they are not considered to be chemical compounds.

On the contrary, inorganic chemistry deals with synthesis and behaviour of inorganic and organometallic compounds. Important classes of compounds under this discipline are the oxides, the sulphates, and the halides. Some groups of carbon-containing compounds, such as carbonates, carbides and cyanide salts, as well as a few other exceptions, such as carbon dioxide, are not categorised as organic compounds and are instead considered inorganic due to historical reasons.

Difference between Organic and Inorganic chemistry

Some applications of organic chemistry

Some applications of inorganic chemistry